I’ve reviewed and referenced Mark Manson’s book, The Subtle Art of Not Giving a Fuck, before on this blog and today I want to tackle another topic inspired by the contents of said book. It’s a discussion about honesty and how I have to agree with Manson that here in the western world, we live in a dishonest society. I feel that this is important to recognise and be aware of on a conscious level because while I hear people constantly acknowledging deceit and distrust, these same people are still consistently shocked when they are on the receiving end of it or hear some shocking news about a scandal involving lies.

On a brief side note, I’m one of those people that doesn’t believe the blurb about living in a “free country” or “free society”. We do but we don’t. It’s duality. We are free in that we aren’t ruled by violence, oppression or religion and we must never forget our freedom to do a great many things that we take for granted, things that people living in harsher environments beneath hardline governments could only dream of. At the same time, we are also sublety controlled through advertising, poisonous propaganda, social expectations and the media. In this respect, we are not as free as others with the biggest tragedy being that we simply cannot see it staring us in the face.

In the book, Manson reflects on time spent in Russia and how the bluntness off the Russian people initially shocked him and came across as rude. In time however, he came to realise that what he was witnessing was frankness and unadulterated expression.

“Honesty in the truest sense of the word. Communication with no conditions, no strings attached, no ulterior motive, no sales job, no desperate attempt to be liked”

“In this case, Russia had me reexamining the bullshitty fake-nice communication that is so common in Anglo culture, and asking myself if this wasn’t somehow making us more insecure around each other and worse at intimacy”

We can all relate to this. Grinning and bearing a shitty situation. Pretending to like co-workers when in fact you cannot stand them or the shit they come out with. Lying to your partner and saying she looks great or that her jeans don’t make her arse look fat. We’re constantly lying to each other and maintaining false frontages and these are only small, everyday examples that we aren’t even aware that we are partaking in. This shit goes all the way to the top and filters down into all levels of society like poison.

In a sense, it is understandable. After all, you can read this post (or any other far superior takes on the subject) but changing your attitude overnight is another thing altogether. Society won’t change with you. The reactions of others won’t be what you need/want to hear. For a full-on shift towards pure honesty to occur, society as a whole needs knocking over and re-building and that isn’t going to happen so the only other way forward is to commit to honesty and be willing to take the hits as everybody and everything resists you, despite an existence of honesty and openness being what everybody vocally cries out for. It’s fucked up isn’t it.

After all, standing up in the office and telling your co-workers that they are talking bullshit or telling them what you really think of them might end your career or – at the least – make your working environment too uncomfortable to continue with. Deciding to give the finger to the ‘grin and bear it’ approach could land you in similar trouble. And telling your girlfriend that her outfit looks terrible or that her backside does look fat in those jeans might put you in the doghouse or make you a newly single man. All of this despite society begging for honesty and the truth. 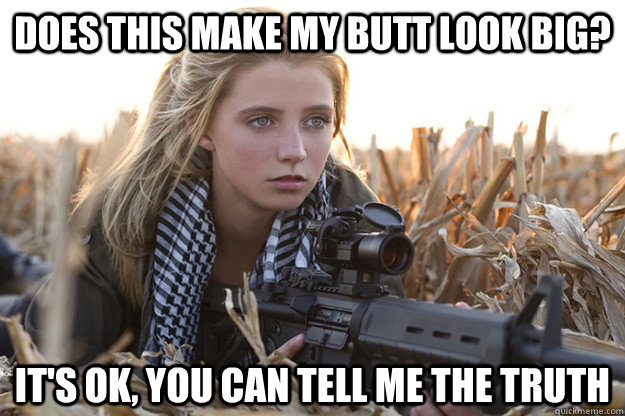 The positive in this is that there are people who will appreciate honesty, even if they don’t say so. It’s a start at least. Trouble is, they are an elusive bunch. Some people do appreciate that being called out on their bullshit helps them to remain humble and continue to improve themselves or learn from criticism rather than be offended by it and fly into a rage. There are women who will listen to your unfiltered opinion (pun totally intended) on their outfit and tell you to “get fucked” but secretly appreciate your honesty. After all, what is the point in asking how you look if you are only after one answer? Men despair over these situations all the time: tell her she looks great and she says you’re lying or telling her what she wants to hear. Tell her she looks terrible and she gets pissed off. There’s no winning! At least if you have been honest then you have been true.

If she gets upset about your critique then it’s not her fault but the way that society has conditioned us over generations. She’s not upset at your criticism, more likely upset as a result of society’s pressures to be beautiful all of the time and to be extraordinary. If you really care then yes, some dishonesty and tact may sometimes be necessary – if you know that telling a brutal truth will flare up an existing condition such as anxiety or an eating disorder for example. On the flipside, your significant other may decide that she’s wearing what she wants to wear and that you’ll just have to deal with it. That’s something else to be admired and promoted by the way. That’s a woman not necessarily agonising over every detail or being totally controlled by the fashion industry or the expectation of others.

But I’m going off track here. Back to quoting the book:

“But in the “free” West, my Russian teacher continued, there existed an abundance of economic opportunity – so much economic opportunity that it became far more valuable to present yourself in a certain way, even if it was false, than to actually BE that way. Trust lost its value. Appearances and salesmanship became more advantageous forms of expression. Knowing a lot of people superficially was more beneficial than knowing a few people closely”

“The downside of this is that you never know, in the West, if you can completely trust the person you’re talking to. Sometimes this is the case even amongst good friends or family members. There is such pressure in the West to be likable that people often reconfigure their entire personality depending on the person they are dealing with”

All of this genuinely hit me quite hard. On the surface, it’s basic knowledge that we are all aware of. We all know that this is going and we are all guilty of it. So why do we allow it to continue? For the reasons I already mentioned mostly, namely reprocussions from a society that has been conditioned to be false and ignore the beauty of raw honesty. Another reason is that people seem to get upset and offended ridiculously easy these days and so it is sometimes viewed as “safer” to either say nothing or to simply agree rather than poking the hornet’s nest with a stick. Also, resolving to be honest is a commitment: a commitment to a new life where you are likely to be ostracised or branded an outcast, a “bad” person even.

Look at how anybody daring to raise their head above the parapet and challenge popular opinion with some honest views is roasted on social media and branded a racist, sexist, homophobic, mysogynist or outdated personality. The world won’t appreciate your honesty BUT it will rip public figures to shreds, starved dog-style, if said figures have been caught lying or being dishonest. This here is a prime example of the dishonesty and blatant hypocrisy in our society. It’s right there on the surface but we can’t see it.

On the other hand, if you can find like-minded people to surround yourself with or a partner who appreciates your honesty (and is equally as honest with you) then you can have a much more fulfilling life. It isn’t easy but you have to ask yourself if you want to continue to be a part of the machine. Does the prospect of living in a superficial, hollow society drowning in falseness for many more years sound like an appealing future for you?

At the very least, it’s food for thought.