This is going to be one of those “the more you know” posts.

Also, potentially a post where I come across as a bit sheltered, particularly given that I profess to love reading and books. Forgive me. 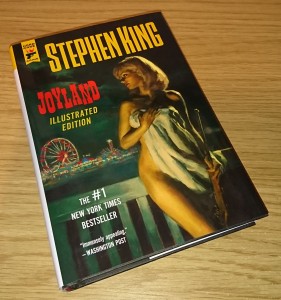 Earlier this year, I discovered that there was a sweet, hardback special illustrated edition of Stephen King’s Joyland. I’d read my paperback copy multiple times (and reviewed it here on my other blog before I started reviewing my reads on Unfiltered Opinion) and it had become of my firm favourites. So an upgrade to a better version made sense. I really dug the pulpy, sexy cover of the illustrated edition plus it was a hardback (which is ALWAYS a reason to upgrade a book). Most importantly, I knew that I would read it again at some point so it wasn’t going to be one of those unnecessary impulse purchases that I’m doing my best to avoid these days.

But when the book arrived, I was pissed off. What was going on with the pages? What kind of awful factory defect was THIS shit? 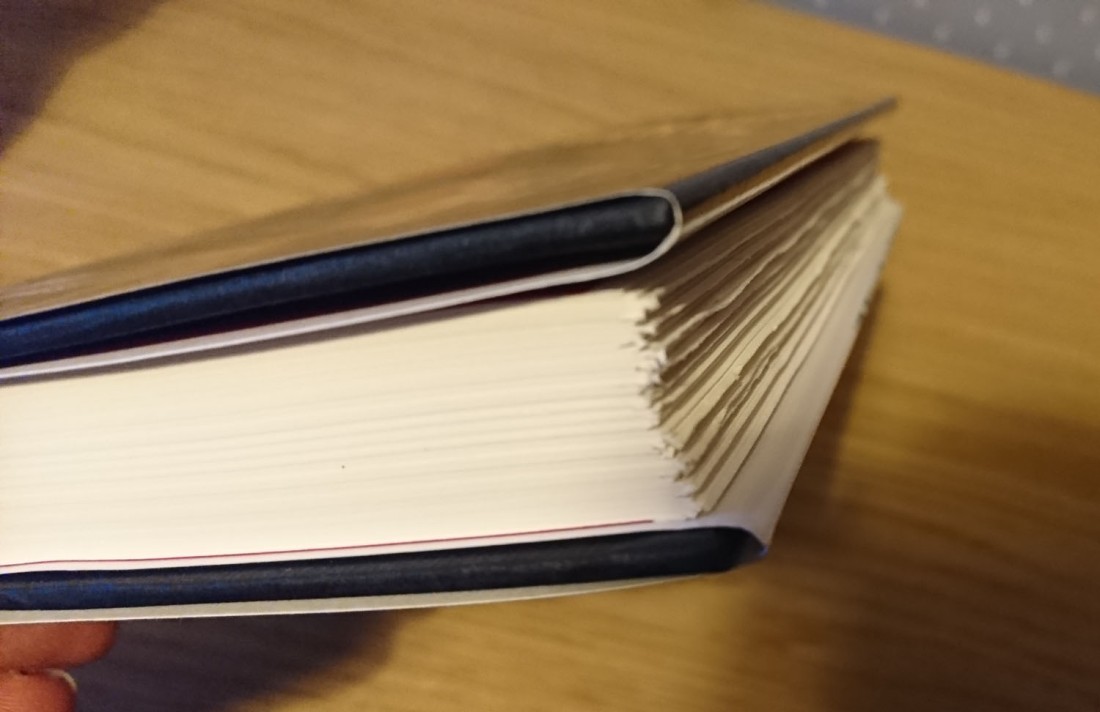 Now, you may well be sitting there – reading this – and nodding your head, having already spotted my embarassing error. Yes, this kind of finish is intentional.

I’d bought the book from ebay and considering that it was brand-new and only cost me approximately £12 posted to my door, I decided that I would just accept it as it was, warts and all. But, when I happened to be looking through my ebay purchase history one day, I came upon this book and the phrase “Deckle Edge” in the description (which I’d clearly either missed or ignored).

A quick bit of Googling later and I found the story behind my book’s ‘defect’.

Apparently, some books are still intentionally produced with this Deckle edge to give them a rough, old-fashioned look. Considering that Joyland is published under the Hard Case Crime banner, it made perfect sense for the book to imitate the old-school pulp classics in its physical appearance as well as its content.

The Wikipedia entry for Deckle Edging was quite informative by the way:

Before the 19th century, the deckle edge was unavoidable, a natural artifact of the papermaking process in which sheets of paper were made individually on a deckle. The deckle could not make a perfect seal against the screen at the edges and the paper slurry would seep under, creating a rough edge to the paper. The deckle edge could be trimmed off, but this extra step would add to the cost of the book. Beginning in the early 1800s with the invention of the Fourdrinier machine, paper was produced in long rolls and the deckle edge became mostly obsolete; although there was some deckle on the ends of the rolls, it was cut off, and the individual sheets cut out from the roll would have no deckle in any case.

With the appearance of smooth edges in the 19th century, the deckle edge slowly emerged as a status symbol. Many 19th-century presses advertised two versions of the same book: one with edges trimmed smooth and a higher-priced deckle version, which suggested the book was made with higher-quality paper, or with more refined methods. This tradition carried forward into the 20th and 21st centuries. As of 2016 modern deckle is produced by a purpose-built machine to give the appearance of a true deckle edge by cutting a smooth edge into patterns. Many modern readers are unfamiliar with the deckle edge and may see it as a defect; for example, Amazon.com has left notes to buyers that the deckle is not a flaw in the product.

The thing I find fascinating about this is that it used to cost the consumer more to purchase a neat book that had had its Deckle edge removed. Nowadays, the reverse is true and a bookworm should expect to pay a premium for an unrefined finish!

Personally, the idea of intentionally seeking a fake version of a crude finish in order to hold a status symbol in your hands is a load of bollocks. Secondly, I’m just not a fan of the Deckle effect. It looks cheap and feels annoying. If I’d purchased a very old book with a Deckle edge then that would be absolutely fine because a) it is authentic and b) it is unavoidable and understandable given said book’s vintage. But purposely reproducing this effect? Nah. It reminds me of people who make their car appear rusty and corroded, falsifying the weathering and patina. Each to their own but that sort of thing isn’t for me. It’s just fake.

The more you know.

One thought on “Book Talk: The Deckle Edge”