No, I’m not talking about… 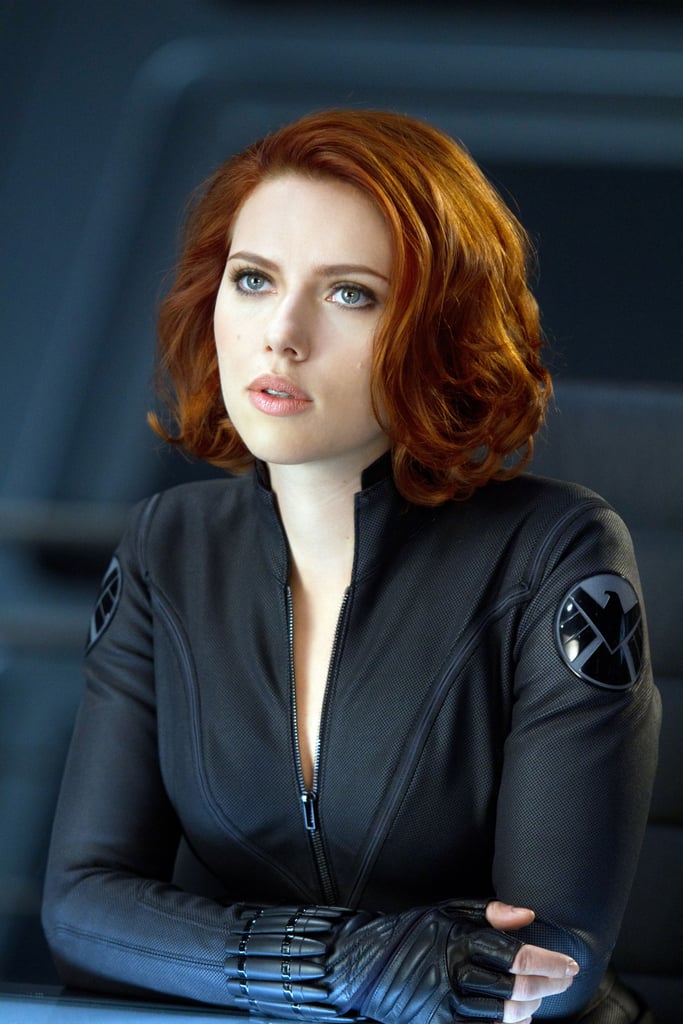 …and I’m not talking about… 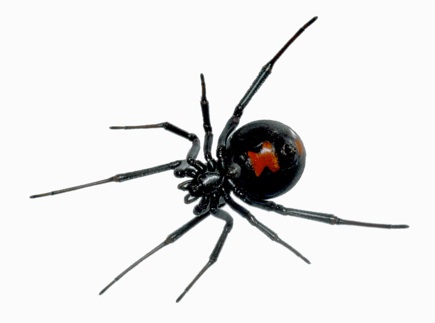 …but a fusion of the two…of sorts. What the fuck am I talking about here? Well, I’m not sure that I know myself but I will try to explain.

This post is inspired by one of my work colleagues, specifically an unnerving experience he’s been having with a lady. To simplify the story, he met this girl and friended her on Facebook. What followed was no actual date or even a period of simply exchanging messages/chatter before choosing to meet up in real life. No, this woman decided to jump straight to calling him. Now I know that some of you are probably like, “What’s wrong with that? What’s wrong with getting straight to the point and speaking properly? Are you a pussy or something?” and that’s fine but I would personally be wary of things going from zero to lengthy phone calls just like that.

But if that sounds acceptable to some of you out there, how about immediately revealing that you want to have babies within the next year? Or how about requesting a video chat to jump straight to some dirty stuff? In my eyes, the latter just makes the woman a cheap, easy slut and while I freely admit that I would be tempted by easy sex handed to me on a plate, it still isn’t an attractive way of behaving. But it’s actually the former that’s more worrying. If you haven’t even been on a single date with a guy, why in the world of fuck are you telling him that you’ll be wanting kids within the next twelve months? I’m no romance guru but I stand by the advice I gave this colleague in question: run the fuck away.

Women like this are Black Widows and men should avoid them like they’d avoid the spider their persona is based on.

The animals most at risk from the black widow’s bite are insects—and male black widow spiders. Females sometimes kill and eat their counterparts after mating in a macabre behavior that gave the insect its name. Black widows are solitary year-round except during this violent mating ritual.

A Black Widow in human female form won’t physically devour you after sex but they will still feast if you are foolish enough to fall in too deep, too easily. Their diet consists of a man’s self-respect, dignity and – in material terms – money. Now I’m not saying that there isn’t a remote outside chance that a Black Widow might turn out to be a good ‘un in the long run but the odds of that happening are extremely long. It’s far safer to simply spot the warning signs and stay away. Fortunately for my work colleague, he was already in the process of ignoring this overly-keen woman’s calls and increasingly weird messages.

Whether consciously or acting out of instinct, she had been attempting to beckon him into her sticky web with all the enticing sexy stuff. As I said, MAYBE it didn’t have to turn into a car crash but from everything he was telling us, I’m fairly certain that she was only after his sperm. If he was lucky, he’d be able to get away from her but he would never have truly escaped once she’d been impregnated. The responsibility towards the child would always be there and he’d be forced to maintain contact with her as well as see his finances sucked away by Child Maintenance (the correct thing to do of course, morally speaking).

You might consider me a woman-hater at this point but that assumption couldn’t be further from the truth. I’m just aware of the women out there who are looking to snare a man for their resources, money, social position or potent semen. Obviously, it is in a woman’s DNA to seek a suitable male partner for those very things just as it is in biological make-up of us men to stick our penises into as many attractive members of the opposite sex as possible. Thing is, we as a species have evolved to need more than that. Love and a meaningful relationship for instance. I keep coming back to the concept of Balance in these random, incohesive posts and that’s exactly what we need. Existing as a modern man or woman is all about understanding and not forcibly suppressing our inherent biological motivators but at the same time, striving to maintain equal relationships with respect for one another.

Black Widows aren’t interested in balance or equality and I’ve seen it happen with men finding their balls trapped in a vice; their woman using them for their credit card, to drive them about or to enable them to live an easy work-free life. These women will lure you in with sex and an unspoken promise of something fantastic but all they are doing are exerting their power over men to get what they want/need. For some years now, there has been a growing feminist movement pushing back against perceived male control. The interesting thing however is that most men show their control through either physical force or obvious character traits. Women are far more subtle however and don’t need to show their hand in order to flex their control. Think about the Trojan War in ancient Greek mythology – ten years of siege and thousands slain…all over a woman (Helen of Troy). In this case, Helen wasn’t even necessary inciting war herself but the power of her beauty was enough to start one.

I don’t believe in any of this “Alpha Male” self-improvement bullshit that I’ve seen around the internet but there are some elements of truth that a man can take from it. I want sex and a relationship as much as the next guy for example but I won’t jump through hoops for it or sell myself out in order to satisfy a woman. You can never truly be happy like that.

So beware the bite of the Black Widow. 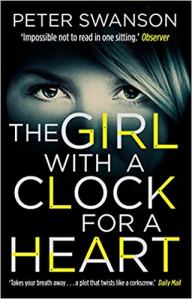 “What if your college sweetheart, the girl of your dreams, suddenly disappeared? Twenty years later she’s back, she’s in trouble and she says you are the only one who can help her…”

That’s the blurb from the back cover of Peter Swanson’s The Girl With A Clock For A Heart and I will openly admit that it didn’t necessarily grab me by the throat. After all, years of consuming books, movies and videogames have probably desensitised me to most blurbs. Nevertheless, that same veteran imagination had been pleasantly surprised by the excellent The Kind Worth Killing so I had already decided to work through the rest of Swanson’s back catalogue, beginning here.

Straight out of the gates, I will say that I didn’t think this book was quite as enthralling as The Kind Worth Killing but that’s saying a lot when that book was sooooo good. This one is still a real page-turner. George Foss is just your average guy living a predictable, unexciting life; a fact that he is very much aware of and has come to terms with. Routine is turned on its head however when he chances upon his old college flame, Liana Decter. What should be a pleasant encounter is thrown into question however because Liana had pulled a vanishing act twenty years ago after involving George in a tangled web of deceit that concluded with George discovering that his girlfriend had likely killed on more than one occasion. George should stay the hell away from Liana – this he knows – but she represents a time in George’s life when he felt alive and the future hadn’t seemed so mundane. Not to mention the fact that Liana is incredibly beautiful and bewitching or that George has been searching for her on and off ever since, having never really gotten over what they’d had.

Against better judgment, George makes contact with Liana and finds himself once again embroiled in a dangerous, cryptic game of Liana’s doing. George is torn between preserving his own life – by rejecting Liana and the trouble she brings – and helping her, fuelled by the naive hope that she might just stick around this time. George has always been hurt, emotionally and physically, by Liana and her accompanying drama but at the same time, he finds himself powerless to refuse her. She is a sweet poison that he can’t fully expel from his life and part of him doesn’t want to.

“While she paid the check, Liana walked past again. This time George could stare at her retreating figure, that familiar walk. She had grown into her body too. George thought she’d been his ideal in college, but if anything she looked better now: long tapering legs and exaggerated curves, the kind of body that only genetics, not exercise, will ever get you. The backs of her arms were pale as milk”

The book hooks the reader by keeping them guessing and providing endless questions. What did Liana do in the past that was so bad? Why has she used multiple aliases throughout her life? What happened to her relationship with George? Most importantly, what does she truly want this time? Is she all she seems? The answers are drip-fed as the book alternates between past and present, neither timeline giving everything up until the parallel stories begin to explain one another and current events make greater sense in light of revelations from the past. I really enjoyed this structure and couldn’t put the book down as I simply had to find out what happened next. The opening prologue is pretty clever too because it actually forms part of the book’s finale (and you will see a good chunk of it repeated there to bring the book full-circle). At the outset however, it makes little sense other than acting as one of several hooks to snag a reader.

As with The Kind Worth Killing, Swanson shows his affection for the femme fatale. Liana is beautiful, slippery and masterfully manipulative. She gets what she wants and is rarely as she seems. Whenever George thinks he has her figured out or second-guessed, she surprises him again…and again and again. She is aware of her power over him but is she consciously abusing that power without harbouring any sort of romantic feelings towards George? Was what they had in college real? Does she love George at all in spite of how she moves him about like a chess piece?

I personally love the femme fatale archtype whether it’s calculating, manipulative women like Liana Decter, cold wet-work experts or mentally shaky psychopaths. I gave The Girl With A Clock For A Heart and Swanson extra points for another fascinating, mystery-shrouded female that you would want to ward off while you lusted after them.

My only criticism of the book is that the ending doesn’t quite live up to the twisty nature of the book as a whole. It feels as if the book blows its load a little too prematurely; not so early as to spoil the fun but a little sooner than I would have liked. The puzzle pieces are mostly all in place at a little over three-quarters distance and after a dramatic endgame for the main characters, the final explanations are delivered in a fairly flat fashion that somehow makes the unpredictable events seem obvious and no longer so wild. The conclusion also appears to set up for a potential sequel but I’m not convinced that a follow-up would work or is at all necessary for that matter.

That said however, I did enjoy The Girl With A Clock For A Heart and it certainly sustained my interest in Peter Swanson’s books. If you enjoy thrillers that go for a modern day noir feel with relatable characters, constant suspense and a sexy femme fatale then you will be well-served here. This was an addictive read that was difficult for me to put down and that’s usually all I need to recommend a book.